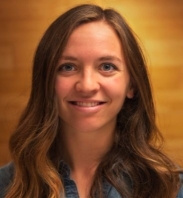 Hayley Stuber graduated from Loyola in 2015 with a major in Film and Digital Media Production and a minor in Business Administration.

Three months after graduation, Hayley started working as Client Services Coordinator at Hootenanny, a post-production company in Chicago. She wore many hats during her two years at Hootenanny; her job included office management, taking care of clients,

as well as co-coordinating the internship program. During downtime, she would shadow producers and help them with any extra paperwork.

Shortly after she hit the two year mark at Hootenanny, Hayley was approached by another Chicago-area post-production house, The Colonie, to be an Associate Producer and to oversee their client relations. The Colonie does editing, finishing and fx work for some of the biggest advertising agencies and companies in the country. The position was a homecoming of sorts for Haley, who interned at The Colonie during her Senior year at Loyola.