Chicago is the 3rd largest media market, with scores of employers in film, TV, advertising, and digital media. Here are some resources for finding jobs and internships:

Check out Compass to read more about FDM and School of Communication alumni in action or see brief updates on this site’s Alumni Updates page. 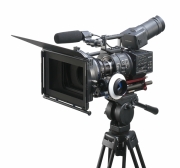 The School of Communication boasts a wide range of professional, film and media production equipment, with an enviable 4:1 ratio of students to camera in our production courses. Here is a link to our Camera, Sound and Lighting Equipment..

Chicago has numerous, well respected film and video festivals. See a list of some of Chicago’s most well-known film and media festivals. 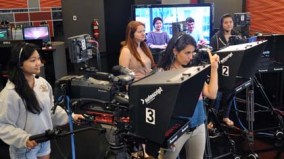 Here is a Virtual Tour of the School of Communication Convergence Studio, which hosts state of the art multi-camera (TV/Broadcast) production and switching facilities, a green screen, and more.

Digital Media Services: Loyola’s multi-campus, media lab, equipment loan and digital services. The DML is often used by our students as a satellite editing facility, but is a place where all Loyola students can access media equipment and software.

One response to “Resources”